– Wargaming removed lowtier tanks from the premium shop on RU server. Storm doesn’t know why that was.
– Storm took a vacation for a week, he was too tired of the 10.0 debacle
– Storm has a list of WoT issues that is 10 pages long and and is actively used for development planning, it has both issues and proposed solution, this list was collected based on direct feedback of Russian players
– Storm is not amused by the amount of 10.0 whining (“you f***ed up the game”)
– According to Storm the patch 9.12 is actually pretty good, it bring one new game mode and a spotting fix
– Currently the developers are working on fixing 9.12 critical issues, some smaller problems will not be fixed until release
– Q: “Storm, there are rumors that they will fire you, is it true?” A: “You’d really like that, wouldn’t you?”
– Storm does not agree that WoT is becoming seriously pay to win: reserves are not P2W and the emblems with bonuses will not be implemented for now
– According to Storm, rebalancing gold shells to make more penetration but less damage wouldn’t help the gold ammo situation anyway since they’d still penetrate and the players would still use them even with reduced damage. 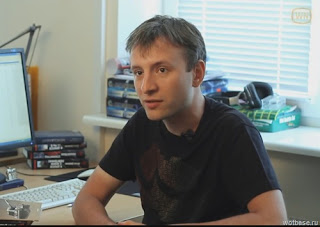 First, I’m not defending or pitting the guy but he is visibly strained.
I agree as much as disagree with the information he gives and thinks is best for the game and understand that the community can become ferocious after being disappointed one way or another.
But I would like to phrase that Storm is simply the voice of an entire team and putting all guilt upon him its illogical and although he can be rough with words that’s just the (general) Russian way. After over half a year of anonymously lurking the Russian community (and having Russian friends/school colleagues) I can testify that, they have a different mentality (just like we are different to them) and are rougher, specially when one is harassed on the daily basis and after being criticized without any constructive feedback.

If we, as a community want more transparency and changes from Wargaming then we should change too, and that doesn’t mean I’m asking you to stop complaining and doing your thing but when you throw the potatoes at Storm & others at least write on the potato what’s wrong. (I would have said tomatoes but they get squishy and are harder to write on…)