Storm made a large post about the current issues in World of Tanks in 9.9 &#8211; specifically the reasons for crashes. He states that the “zombie tank” issue was fixed quickly but there are following issues still:

1) Crash when entering the hangar or in hangar before entering battle (medium amount of reports): this issue was quite strange and appeared on the clients that had removed some of the Awesomium files. How these files were deleted and why is unclear. It’s possible the players themselves in part deleted them because there were rumors that deleting this increased FPS. It’s also possible these files were deleted by an antivirus, in any case WG will investigate. This was solved by a micropatch where these files were “returned” to the players. There will also be a fix in WoT that will next times these files are missing not crash the game.
2) Mac client crashes (small amount of reports): this issue was solved yesterday by a Mac version upgrade
3) Crashes caused by XVM (very high amount of reports): Old version of XVM stopped working due to the changes in minimap system. The last XVM update did fix this issue as far as Storm knows. You have to download an updated version, especially if you are using some modpack with XVM elements
4) Crashes related to AMD (Radeon) GPU’s and latest (15.7) drivers (high amount of reports): this issue can also manifest itself by “falling through” terrain. It’s a very complicated issue and WG is currently working on it. This was not possible to catch on common test because the driver update appeared on 7th of July and by that time the testing was practically over. A rollback to older version of drivers can fix this issue. Developers are working on the issue and hope to present a solution soon.
5) Crashes straight after ending the battle (small amount of reports): this is a sporadic issue, devs found the reasons and are preparing a fix
6) Crashes on certain hardware (Broadwell family processors) when using Win10 (small amount of reports): the priority of this issue is low as the system is not officially released or supported yet
7) Freezes of loading screen during Steel Hunt when using the series of advanced multimedia keyboards Logitech (very small amount of reports): the issue was found and will be fixed

The issues above will likely be fixed by a minipatch.

– Developers are still working on Havok;
– There will be HD maps;
– Q: “Nobody officially confirmed Japanese heavies for 0.9.10 yet, why are you posting renders?” A: “No comment”;
– Multicore support in forseeable future. 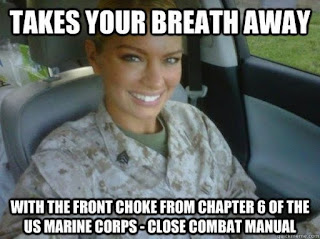