– developers admit: Stalingrad gameplay has issues
– why were all tier 8 mediums buffed and not Type 59? Because Type 59 has limited MM
– some players are encountering issues with the proper landscape display (graphics), this is because they lack enough RAM 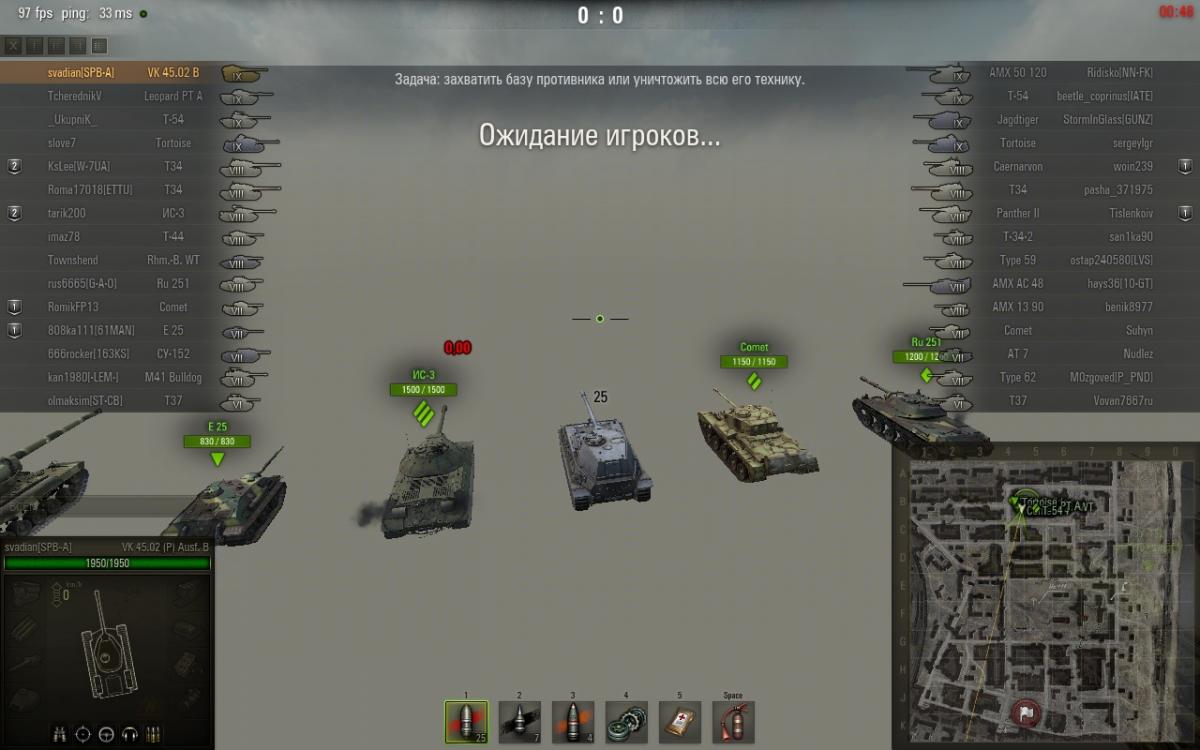 – after the recent micropatch, the players are complaining that the personal reserves in the “Steel Hunt” mode and the income were nerfed too hard, but neither was actually touched
– Storm on whine about nerfed credit income: “The ‘income was nerfed’ whine always comes up regardless of the update content ever since the game was released. That’s why I am ignoring such complaints already for a long time. Statistics will show everything.”
– Storm is apparently not concerned about the cheat mod that shows artillery positions: “The mod doesn’t show the position of all arty just so by the way. It only shows the points the players saw when the enemy arty shot. On the server side, the height of the “camera” used to calculate the viewed area for tracer display is fixed.”
– Wargaming developers are reading player feedback
– the list of most important WoT issues according to developers is: arty, matchmaker, UI and spotting system
– new personal missions? “No comment”
– the recent hotfix didn’t fix the artillery traverse “twitching” completely – it was fixed for mouse, it stayed for keyboard
– the hole behind the KV-5 mantlet will not be made smaller
– the mantlet penetration mechanism will not be changed (some players are asking for mantlets to “eat” ammo to simulate the shells getting stuck between the armor and the breech
– shot ammunition in WoT will not be modelled as an object (with volume), it will remain a single point
– it’s not possible to simply implement the map tiering on/off toggle
– current sound test includes 6 different gunshot sounds depending on caliber, the range will be extended in the future
– movement inertia was reduced based on whine of e-sports players so that the vehicles remain well-controllable
– the developers are looking forward to the new motion physics feedback
– the players noticed that sometimes it’s possible to just go and turn with the turret but you can’t stop the vehicle even if you stop pressing the forward button. This is due to packet loss, the turret rotation in turn won’t reach server. Packet loss can be dealt with by calling the ISP.
– the sound/motion physics client is based on old client version, other things in it than the physics and sound can be ignored (such as the old personal mission variants)
– tanks flipping on their roof were not removed from motion physics
– the developers are sure that the acceleration is not worse in new motion physics, they checked specifically
– the developers do not need more general feedback for now, they know what the problems of the game are