– The HD M10 Panther doesn’t have the star on the side of the turret it had in real life because that spot is reserved for player customization decals;
– SP.I.C. was actually brought to the developers by a player (from German community) directly along with all the data needed to implement it;
– The story basically is that there was no conspiracy against SPIC (when choosing the AFK Panther for tier 7 LT), the developers didn’t simply know about it. In the connection to that, there is most of the times no point in proposing any vehicle changes or anything like that on the forums (especially not the non-RU one but in the end it doesn’t matter) – developers won’t ever see that unless they get a private message from someone about it. In the SPIC case, it went so that the data were transferred directly and privately from the player to the developers without anyone posting anything anywhere. This however is a rare case and not available to everyone (otherwise the developers would drown in bad proposals like they do on forums);
– Yuri Pasholok on how historical should the tanks in WoT be: “Let me put it this way… historicity should end as soon as it starts interfering with gameplay. Historicism in the game is how the tank looks and sounds. This is where you can put certain effort to a degree. Then again, putting too much effort into external appearance is also not not necessary. In most cases, the modelling is performed by people who don’t care whether it’s a tank or an elf girl in thongs. They have never seen a tank or they did see some broken ass one in some kind of basic military training or on a pedestal. Regardless, they don’t know how it looks inside. Generally it’s very contradictory. For me personally it should be a symbiosis of gameplay and historicity in which paper tanks fit well amongst the rest. If you have to nerf of buff armor within reason – why not.”
– There is an ugly stone in Himmelsdorf that blocks players, it will be removed: 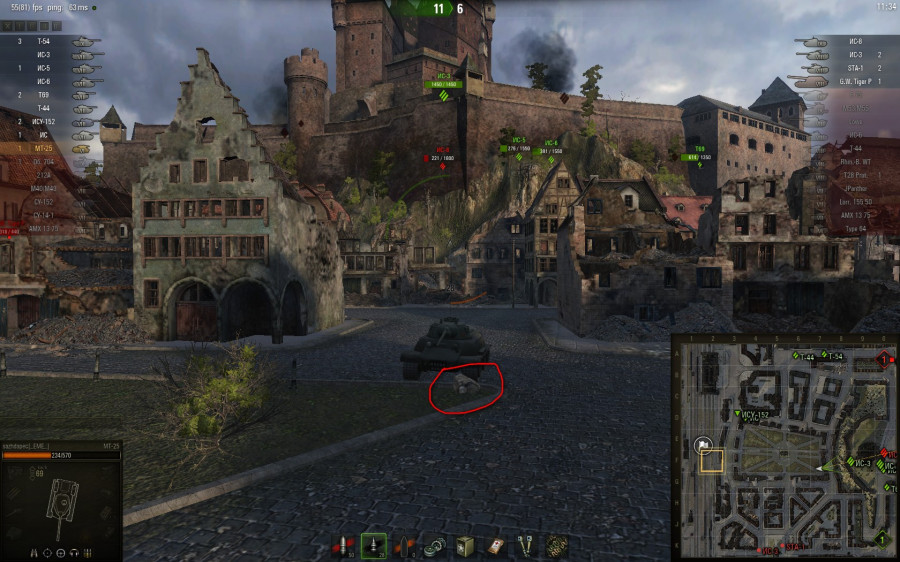